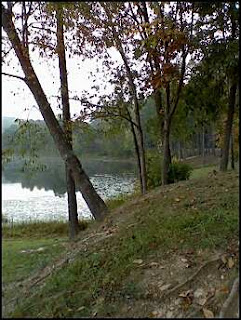 I'm part of the rock shore, barnacles rooted into
my cheeks like calcium flowers, wave fed,
wet salt splashes waking me up with a slap.
I'm squinting under the sun assault
warming what's left of my skin, stones cutting
to the bones, sometimes so cold aching
like a cracked tooth washed by the rushing tide.

I pucker my lips for you walking the beach
past me. You were my wife some years ago...

(Deep inside a throated cry that can't get out.)

I greedily watch you from the corner of my eye
disappearing into another's sight.
He has a granite chin...

Beyond the waves the whales cross between here
and Catalina Island, gray spines rising full of meat
and blood, living complete with instinct harmony,
lung rhythms, group packed in their journey
moving on...

I hunker down in the sand, fortifying myself,
measuring my place in the wall, growing
accustomed to the wave's kissing sting.

Don't let us die before we've tasted the rain
tickling down our faces,
holding each other
in wet clothes,
distant thunder giving us a spasm
sunset orange under ships of dark clouds,
summer heat simmering day into night,

All the land
a rush of water.

His backyard city
has become a wilderness

cops finding him
spread-eagle on the roof

trying to fly from
one high point to another

wandering
in the stir of old songs

hoping to find himself
in a new picture


Stephen Jarrell Williams has done everything from mowing lawns to being an executive at a software company. His poetry and short stories have appeared in over a hundred publications. He loves to write, listen to his music, and dance late into the night.
His poetry has recently appeared in Avocet, Nerve Cowboy, Sacred Journey, and others.
He has poems accepted and soon to be published in Aoife's Kiss, The Broome Review, REAL, Tales From The Moonlit Path, and others. He lives in California.

Rain formed a dialogue of sign
language. Slant, tap, splash,
meant as life dying beneath
a surface reality. A black cat
crawled towards the aroma
of dampened concrete. The dichotomy
of life and death apparent
to the wind whose howl
mimicked a mother's cry,
distant from a child
unable to caress maternal
embraces.


Memory
: Now only steps away.

The voice of time claws the back of the throat.

Focus, the woman you breathe into will vanish,
her arms (decorated in feathered spasms) contemplating
the burial manifestation,
you will swallow yourself
whole, in her absence.

The history of answers, etched in skeletons, the obvious; delusion knows where.

Of the memory writing its own poem: the lake where the sipping reside, an arid bone
breeze erases prosody, music, death the message manifesto.

Meaning occurs when its body rises from slumbering, deep where eyes
fracture the fragile.

Rise, then; the body knew its reconstruction, flawless. The self-portrait of
emotion tangent aligns with the walking toward past deconstructions.

Night
shakes her ebony, elongated
strands of locks
releasing caricatures of
dance-slanting
rain, bending upon impact
across
sunken soils. Her eyes
too blend as mirages
of camouflaged day
attempting to circumvent
within its twelve hours
of planted burgeon.

She wears bracelets of territory
and gardens in her name
the comatose and teeming
spread into flight as wind
talks melodies into breeze
approaching all within the
open.

Surfaced, the standing where vowels meet eye to eye
forming the language of crime and
the moon's only chance
at surviving visions. Spelled
in reverberations,
a crying
butterfly must land where silence atop its spotted
wings begins to whisper an ending of all movement:


Felino Soriano (California) is a case manager working with developmentally and physically disabled adults. He is the editor of the online experimental poetry journal Counterexample Poetics (http://counterexamplepoetics.blogspot.com/). He is the author of three chapbooks Exhibits Require Understanding Open Eyes (Trainwreck Press, 2008), Feeling Through Mirages (Shadow Archer Press, 2008), Abstract Appearance Reaching Toward the Absolute (Trainwreck Press, 2009) and an e-book Among the Interrogated (BlazeVOX [books], 2008). The juxtaposition of his philosophical studies with his love of classic and avant-garde jazz explains his poetic motivation. Website: www.felinosoriano.com
Posted by Deborah Stinson-editor at 4:27 AM