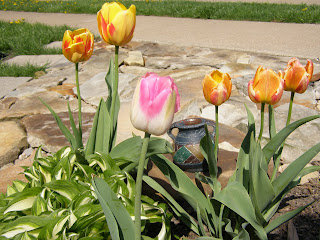 Everything I Know is Passing Me By

Everything I know is passing me by
I want it all to stay still for a while
Days and days lost to my mind
Am I only a memory of better times?
I want some sort of history
To take the weight of my Self from me

Everything I know is passing me by
Am I even aware this is my only life?
As an insect’s fractural view
I know not on what to focus anew
Every facet is just the same
Pointing to the center of the hollow stage

I heard of your Father who sees in secret,
While I lay hiding in a basement

I spoke not, for fear, that I should be found,
The hidden secret’s silent shroud

And, for a time, there was hope
How like to angry Micheal with sword aflame
Did we rage when it was lost.
We gave him more, a burden,
And found he was a man.

Erik Knutsen dreams of being a magpie. His attraction to shiny things would be more acceptable. He lives in Vancouver, BC, but loves in Portland, OR. He has been published in Static Movement, and will soon be published in Tinfoil Dresses and Everyday Poets.

Her skin, a pale bark, a white willow’s
smoothest section texture
gone into a sectioned hallway
without the eyes of windows
opening to reveal an outside
story, written on the childrens’
spinning bodies and frayed,
translucent jump rope. An
image paused, paused because
the angle will not leave the memory’s
hands and their holding onto security,
a bouquet never wilting and
spelling dust as dissipation
changes name and functional,
earthly role. She will not move
from this comfort, comfort of aged
sheets showing wrinkled torso,
limbs, —face of peace, thus wrinkles
have avoided this layer of recognition.
Hers is a shadow of crawling seas,
avoiding cliché crash against muscular,
dense and blackened rocks. Hers is a shadow
causing parallel distinction, one of resting
where the bedroom’s hand holds
out firmly, a nestling adaptation
of the constant nightly visits, leaving
only when mood and morning spark
a fire into desiring difference in visual
space, an outside destination where the wind
covers softly, a soft that never leaves the skin at
its most restful disposition.

He has wandered. A wander
near reflectional wanders, reflection
nothing like the face standing stilted
above a pond’s surrealist hand. He
is afraid of the monster near the curtain
of luxury, pulled to reveal a body
unlike the body mother named
years before. He has changed. A skin
type change after the cursive hand of tattoo
has erased the cloudless sky
into rain burgeoning head of multi
-headed giant. Away from the chair
once skin to skin with his. The chair
like a lover never leaving though
infidelity shadows primal yens,
esoteric copacetic endeavors. He
is himself but changed, a change
of reciprocity, for change in the physical
attacks the psyche standing still, startling
into a running toward a distant
acclimation.

Bowl of naturalism, crafted
by an otherness of weaved
sensitivity. Light has formed
here, brim-high beauty to be a woman
well-dressed, decorating a mirror’s
standing still. Clouds lie
slanted on tree’s, a fedora’s curved
contour, gray and leaning into obligatory
light.

Felino Soriano (California) is a case manager working with developmentally and physically disabled adults. He is the editor of the online journal, Counterexample Poetics, www.counterexamplepoetics.com, which focuses on International interpretations of experimental, philosophical, esoteric, post-postmodern, and avant-garde poetry, art, and photography. He is the author of five chapbooks and e-books, including Among the Interrogated (BlazeVOX [books], 2008) Feeling Through Mirages (Shadow Archer Press, 2008) and Calling Toward Clarity (Chippens Press, 2009), and also has a mini-chapbook forthcoming from Wheelhouse Magazine. The internal collocation of philosophical studies with classic and avant-garde jazz explains his poetic stimulation. Website: www.felinosoriano.com
Posted by Deborah Stinson-editor at 7:20 AM