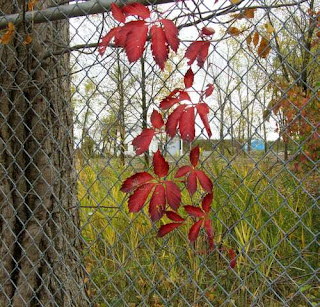 the doctor ignores my demands
for stronger painkillers
push, keep pushing
my wife grips my hand tighter
offers encouragement i don't even know why we're having this baby
we each share a dislike
for anything seven years and younger
i push again, harder
thinking that after this is all over
my wife and i need to talk

how to fail as a rock star
(originally published in MediaVirus)

i am the anti-christ

i am.
i've got the answers to all the worlds problems,
no one has asked me yet.
i speak well in public.
my fiance reminded me that i wore
a black winter hat
all through christmas dinner.
CHRISTtmas dinner.
black winter hat.
my favorite number is six.
so maybe i'll want to repeat it
a couple more times.
my last relationship ended with these words,
you are the fucking anti-christ.
my full initials are D.G.R. Devil-Guy-Rising...?
i've presented just some of the evidence,
you decide.
then respond to this poem
with flattery and offers of cash,
because i'll be seeing you around.

After performing for years, as both a musician and poet, in and around the Boston area, Derek Richards has recently decided to begin submitting his work for publication. So far he has been accepted for publication in Ghoti Magazine, Lung, MediaVirus, Word Riot, Right Hand Pointing, Tinfoildresses, The Legendary, Breadcrumb Scabs, Shootsand Vines, Cantaraville, Soundzine, The Centrifugal Eye, Strong Verse, Underground Voices, River Poets Journal, Halfway Down the Stairs, Dew on the Kudzu and Opium 2.0. His poetry aims to be direct and honest, brilliant and lucrative. He is currently residing in Gloucester, Mass., happily engaged and cleaning windows for a living.

naked the bodies move of tandem,
terrible recognition when torn
from designed rendition of
continuous together.

Felino A. Soriano (b. 1974, California), is a case manager and
advocate for developmentally and physically disabled adults. He has
authored 16 collections of poetry, including “Altered Aesthetics”
(ungovernable press, 2009), and “Construed Implications”
(erbacce-press, 2009). His poems have appeared at Calliope Nerve, Full
of Crow, BlazeVOX, Metazen, Heavy Bear, and elsewhere. He edits &
publishes Counterexample Poetics, www.counterexamplepoetics.com, an
online journal of experimental artistry, and Differentia Press,
www.differentiapress.com, dedicated to publishing e-chapbooks of
experimental poetry. He is also a contributing editor for Sugar Mule,
www.sugarmule.com, and consulting editor for Post: A Journal of
Thought and Feeling, www.postjournalofthoughtandfeeling.com.
Philosophical studies collocated with his love of classic and
avant-garde jazz explains motivation for poetic occurrences. His
website explains further: www.felinoasoriano.info/

Loss is the sound of
pulling a thousand
heavens down.

The insufferable feeling of it
still shatters my heart
into countless ghosts;
tongueless, crippled

with buttons for eyes &
wounds to lick
but
never
allow
to heal.

left behind his
yesterday,
in preparation. (No love poetry)

The blades and hands.
Our nails,
uncut and what we
later do with them,
to each other.
Crimes of humanity, the hilarity.

The extremists and their
missing reasoning;
nil respect for life,
civility, sanity;
no remorse for lack of chivalry.
Their passions removing all logic.

They’ll die, sad nobodies in
an airless tangle of ache.

As if their suicide bombs grant
them rights. Decisions they
raid as though it’s destiny for everybody.
Desperate, grasping,
refusing to acknowledge reality.

They’re too dense to know to want it.
There’s no love poetry in the desert of a barren heart.

A. A. Veitch has had poems published in mags such as: freefall, Black Book Press, Lilliput Review, Shemom, bear creek haiku, Nomad’s Choir & The Poet’s Art. She insists that she’s a "professional." She dabbles in art & opinion pieces. Ms. Veitch is a badly-practicing Christian, native Georgian without a Gone-with-the-Wind brogue; new pet parent to a tabby-mix cat & supporter of a bill preventing employers from discriminating against people with poor credit scores. She's shopping out her two chapbooks: 'Poethead' & 'Seasons of Flesh.'

His prayers
vanish instantly. Leaving no clues
as to dreams or desires,
no traces of attachment,
no evidence of being.

And all the angels,
the winged wonders
wandering in the wind,
wonder:

"Where will you sleep?
What will still your hunger?"

I tell them:
"Hush. My bed is made
of dreams and prayers,
and my bread is made of faith."

"Something about you makes us
feel like Easter," the angels reply,
their hands no longer fists.

All memory
must
turn to sand.

Only then
will
the soul
arise.

David Kowalczyk lives and writes in Oakfield, New York. He has taught English in Changwon, South Korea, and San Miguel de Allende, Mexico, as well as at several American colleges, including Arizona State. His poetry has appeared in five anthologies and over seventy magazines, including St. Ann's Review, Maryland Review, and Rumble. He was founding editor of Gentle Strength Quarterly.

Last night I heard
a gathering of dead lilies
in the garden. Their petals covered
my mouth and I screamed: Wait!
I faded into a mist, magenta
dusk, the aroma of stables,
that last evening murmur,
and I cried.

A sandpiper chases waves up
and down the shoreline.
He is a character from a romance novel
waiting for an author.

It takes depth
to write memoirs,
afternoons full of
questions,
before my voice floods
the cemetery
with music.

Ortiz has a B.A. in English literature from Inter-American University, and a M.A. in philosophy from World University. His poems have been published or are forthcoming in: Autumn Sky Poetry, 3LightsGallery, The Smoking Poet, The Acentos Review, Poesia, and Words-Myth.
Posted by Deborah Stinson-editor at 7:48 AM

Sergio A. Ortiz said...
This comment has been removed by the author.
5:52 AM

Love the poems. The layout is beautiful. Be very proud!