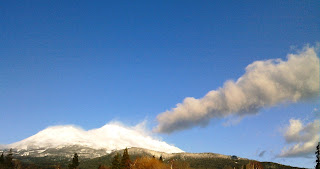 Which is the more sacred?

If both are
untainted by the wishing minds of voice-body conjurers,
equality of sufficient milieu
divides encyclopedic sentences
along bodies of dualistic sameness
wearing altered differences of
disparate wardrobes.

Hand has not yet killed purled pink
of frangipani blossom. Her scent still a
twirling leap, landing on individualized hairs
climbing for exit from nose’s sneezing
marvel. The vertical of her petals
like stilled wings of hummingbird’s rest
from blurring flight. In day’s of forthcoming echoes,
remembering alive of her, turns the head
down in contemplation, recalling
the center’s radiant applause.

Felino A. Soriano (b. 1974, California), is a case manager and advocate for developmentally and physically disabled adults. He has authored 18 collections of poetry, including “Altered Aesthetics” (ungovernable press, 2009),and “Construed Implications” (erbacce-press, 2009). His poems have appeared at Calliope Nerve, Full of Crow, BlazeVOX, Metazen, Heavy Bear, and elsewhere. He edits & publishes Counterexample Poetics, www.counterexamplepoetics.com,an online journal of experimental artistry, and Differentia Press, www.differentiapress.com, dedicated to publishing e-chapbooks of experimental poetry. He is also a contributing editor for Sugar Mule, www.sugarmule.com, and con=ulting editor for Post: A Journal of Thought and Feeling, www.postjournalofthoughtandfeeling.com/a>. Philosophical studies collocated with his connection to classic and avant-garde jazz explains motivation for poetic occurrences. His website explains further: www.felinoasoriano.info/

Melanie (I forget her last name) could have been
partner in this fine collection of James Bond DVD's.
And Cynthia (there were girls called Cynthia in those days)

was the heir apparent to my socks, my jeans,
my collection of albums by obscure British rock groups
but she didn't wait around to hear the will.

When I pay bills, it could have been out of the
mutual checking account of myself and Michelle,
posted in envelopes that Jennie and I purchased at the CVS together.

these lips pressing against theirs exceed the female population
of mid-size towns. It's all luck that finally settles it.
It's all coincidence or something.

For I live with one person and it's none
of these names I mentioned. Gale and I fell in love.
And that out of all the things we might have fell in.


THE ONES WHO TELL YOU WHAT TO DO

They're tired of twittering among themselves.
Now they come right out and say it.
"When are you having a baby?"
The years you've been married, apparently,
are part of a formula.
They keep repeating that number,
reprimand you with it.
The other side of the equation
is will it be a boy or a girl.
And there's the law of intended consequences to deal with.
Once you've had one
can the second be far behind.

They're persistent that's for sure.
They don't want to hear how you're scraping together
the deposit for a new home.
Or you could really use a second car.
You show them the holes in your living room furniture.
One even sits on the couch with the untrustworthy spring.
The more it digs into her
the more she feels for your idle womb.

Your husband will be home soon.
You want them to leave before he gets there
but you're too polite to show them the door.
You could tell them you'll start a family
when the time is right.
But they'd just reset their watches.
And wait.

I arrive at eight o clock.
Leslie and I have been friends
since we were kids.
Not sure why
but, as two people,
we've always got along
in some way or other.
It works best when we don't think about it.
Same sense of humor helps.
Shared experiences
and then the few where our paths diverge
but conversation brings back into line. Vacation in Florida... no problem...
talk about it enough and we both were there.
Broken relationships...
so much empathy,
it's like I broke up with her man,
she with my woman.
We sit and talk, drink coffee, nibble on snacks,
and before we know it, it's midnight
and I leave.
Four hours where nothing gets lived
to give living a chance to catch up.
Posted by Deborah Stinson-editor at 10:24 AM