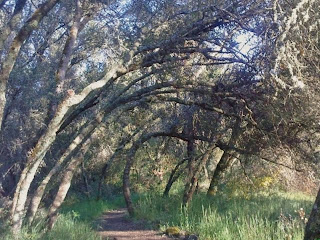 Deprivation self-enforced, night’s usual
temperament
allowing ventures into undulating dreams,
held episodic memories
debating within a mind of delusional
combat, ecstatic contours of butterfly’s
unusual flutter. Sleep
not yet here, I’m waiting
says the prison eyes
watching a ceiling of humdrum existence
count back to me recollected habits,
those of the mannerisms physical in matter,
riding solitude into segregated
demise.


Felino A. Soriano (b. 1974), is a case manager and advocate for developmentally and physically disabled adults. He has authored 23 collections of poetry, including “Altered Aesthetics” (ungovernable press, 2009), “Construed Implications” (erbacce-press, 2009), and “Delineated Functions of Congregated Constructs” (Calliope Nerve Media, 2010). His poems have appeared at Calliope Nerve, Full of Crow, BlazeVOX, Metazen, Heavy Bear, and elsewhere. He edits & publishes Counterexample Poetics, an online journal of experimental artistry, and Differentia Press, dedicated to publishing e-chapbooks of experimental poetry. Philosophical studies collocated with his connection to classic and avant-garde jazz explains motivation for poetic occurrences. His website explains further: www.felinoasoriano.info.

Farm
Hooves meet dirt in what otherwise is a collision, what before is cherished and
dinner, what eventually is timely and weathered. Yellows turn orange, black turns
light gray, and edges fold in and up. Pictures are wrapped like shelf cans: Rust and twists, they are open.

The dead stalks in meadows burn with dead
twigs. Flying up from the smoke are upwards bees.
Yellow: the sky. Yellow, brown, the dirt, brown, the stables.

The ancient wood in the collapsed barn surrounded by grass is just one of a series
of interconnected countryside hieroglyphics. The Great Wall of America is made of wheat and is golder than sand.
Understated grains move slower than a dead road. Traffic light red, green,
and yellow: peppers. But dirt is immediate, brown is now, hills green slices of gold, night shows up. Stars swagger in, wasted. The moon shows up and fucks everything up.

*I put the flowers in a vase, and the vase on my shelf.
I don’t understand the errant misdirection of things.
Still, the flowers come with food, water, and vase. I hold the flowers in one hand, I cut them with another.
Petals fall down the crooks of my pressed palms into the sink.

*I would hate to tell you what to think, but it is the right season.
I am in school still, but I am authentic;
I am an architect of flowers. I know, because I have seen them stomped.

*I sat with a few friends in a dead meadow.
Listen: it was becoming rapidly becoming night, chasing us like dogs in a fever summer,
waiting for things to grow again. But their faces were orange white in a close knit association of light.
The surrounding trees were still and very dark, and if I hadn’t known they were there,
I would have seen the group us as puppets, with only the important features accentuated.
Something moved us through the meadow where the first flowers were starting to bud under the flakes of dying ice.

*There are some plants that do better in the shade, and there are other plants which leech off other plants to live.
I am still in school, but the cold is starting to subside,
and you don’t need to worry about me because I choose flowers and
not predator plants or anything that would hide;

*Color, like mist, is creeping out above the meadow like it does above the ice downtown.
The petals of various flowers are stomped sometimes
and crushed: now the juices from berries in the shade leak up my wrist, now they fall on flowers growing in the light outside where I withdraw my arm.
*Now it is finally my hand.

Russell Jaffe teaches English at Kirkwood Community College in Cedar Rapids, IA and holds an MFA in poetry from Columbia College in Chicago. His poems have appeared in Shampoo, MiPOesias, The Portland Review, Spooky Boyfriend, Writer’s Bloc, and others. Additionally, he writes a hot sauce review blog called Good Hurts.
Posted by Deborah Stinson-editor at 11:58 AM